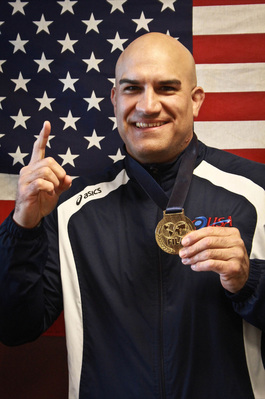 Athletic and Coaching Background – Real World Success
Brandon Ruiz is a No Gi Jiu Jitsu and Grappling World Champion and has competed in the grappling arts
for the past 30 years. While competing in Greco Roman Wrestling he was a 4 time
All-American and won a Pan American Championships silver medal.